← more from
Research Records
Get fresh music recommendations delivered to your inbox every Friday. 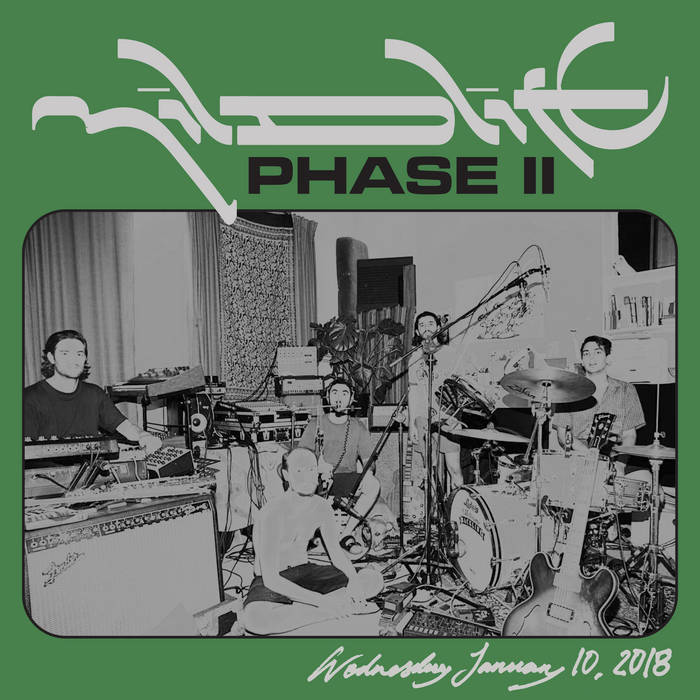 Gus Electronic sounds and flute together! Plus wonderful beats:)

Torsten Mildlife continue where they left off with Phase (I), but with a slightly more organic, natural sound. Great little 7”.

Santiago I love the raw aspect this version brings compared to the Phase LP. It really feels like you’re in the studio with Mildlife!! I hope they are on their way to setting up a tour across the United States!! The west coast needs some Mildlife!!

A Space Age Freak Out

Early in 2018, the world was introduced to Mildlife through their debut album Phase. Few first releases amass praise from Mojo, The Guardian, BBC 6 Music, The Express, and Shindig, then go on to be celebrated by DJ Mag, Resident Advisor, Worldwide FM, Dummy and Indie Shuffle. But it’s precisely this eclectic mix of genres, tastes, and influences that brought Mildlife together, and what they committed to reflecting in their sound. After a surreal start to 2018, the four-piece completed a sold-out national tour of Australia, and recently announced plans to cross the oceans for their debut Europe and UK tours.

With the release of their debut imminent, Mildlife took retreat at Research Records HQ in Melbourne, staying overnight after recording each morning and afternoon. It resulted in the evolution of the title track, newly imagined and re-contextualised at increased tempo with swathes of improvisation throughout. The studio recording was the culmination of the song’s growth in a live setting, evolving on club stages and at festivals throughout 2017.

Mildlife’s knack for locked-in grooves and celestial tones features heavily across ‘Phase II’, a more than 11-minute sonic journey. Kevin McDowell's synth soars while Adam Halliwell’s growing prowess as a flautist is peppered over James Donald’s shimmering percussion. Shortly after, Tom Shanahan's phased bass appears, and the four lock into a groove that gives a subtle nod to 1960s Krautrock band, Can. It’s not long before ‘Phase II’ erupts into a cosmic jazz-funk that urges you to move. It sucks you in, free of worry and consequence; utterly otherworldly. It’s no surprise that the band has been described as “kaleidoscopic”, “irresistible” and “enchanting”. With Mildlife, you’ll always leave wanting more.

Bandcamp Daily  your guide to the world of Bandcamp

Little Brother joins the show to discuss their beautiful journey, plus tunes from Fat Tony